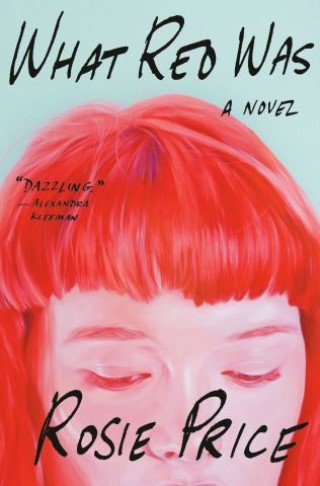 A sophisticated and conversation-starting novel of modern love, sexual violence, and toxic inheritance from a brilliant new literary voice

When Kate Quaile meets Max Rippon in the first week of university, so begins a life-changing friendship.

Over the next four years, the two become inseparable. For him, she breaks her solitude; for her, he leaves his busy circles behind. But knowing Max means knowing his family: the wealthy Rippons, all generosity, social ease, and quiet repression. Theirs is a very different world from Kate’s own upbringing, and yet she finds herself quickly drawn into their gilded lives, and the secrets that lie beneath. Until one evening, at the Rippons home, just after graduation, her life is shattered apart in a bedroom while a party goes on downstairs.

What Red Was is an incisive and mesmerizing novel about power, privilege, and consent—one that fearlessly explores the effects of trauma on the mind and body of a young woman, the tyrannies of memory, the sacrifices involved in staying silent, and the courage in speaking out. And when Kate does, it raises this urgent question: Whose story is it now?

Praise for What Red Was

“Dazzling. . .  This is a book that succeeds in prying open our cultural moment and laying it bare for scrutiny.”—Alexandra Kleeman, author of You Too Can Have a Body Like Mine

“One of the best books I’ve ever read about female rage and transgression . . . at once incredibly timely and one for the ages.”—Lisa Gabriele, author of The Winters

“So assured, so confident in its voice, so skilful in its plotting and characterisation that it seems like the work of a seasoned author . . .  an exciting new voice.”—The Guardian (UK)

“Powerful… handles its explosive plot with an admirable delicacy”—Publishers Weekly

“Thoughtful and observant…Price is a novelist worth watching.” —Kirkus

“A confident and provocative study of wealth, sexual violence, and complicated friendships . . . [What Red Was] is a strong debut by an incredibly young author, an assured and challenging novel that suggests an incipient talent worthy of notice.”—The Irish Times

Rosie Price: ROSIE PRICE is 26 years old and grew up in Gloucestershire in England, where What Red Was is partly set. She graduated from Cambridge University and worked as an assistant at a literary agency before leaving to focus on her own writing. She lives in London.