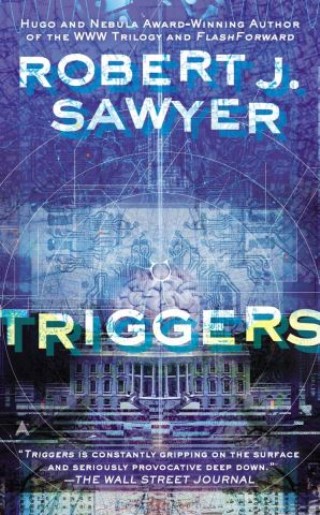 On the eve of a secret military operation, an assassin’s bullet strikes President Seth Jerrison. He is rushed to the hospital, where surgeons struggle to save his life—and where Professor Ranjip Singh is experimenting with a device that can erase traumatic memories.

Then a terrorist bomb detonates. In the operating room, the president suffers cardiac arrest. He has a near-death experience—but the memories that flash through Jerrison’s mind are not his own. The electromagnetic pulse generated by the bomb amplified and scrambled Professor Singh’s equipment, allowing a random group of people to access one another’s minds.

One of those people can retrieve the President Jerrison’s memories—including classified information regarding the upcoming military mission, which, if revealed, could cost countless lives. But the task of determining who has switched memories with whom is a daunting one—particularly when some of the people involved have reason to lie…

Robert J. Sawyer: Robert J. Sawyer has won both the Hugo and Nebula Awards for best novel. The ABC TV series FlashForward was based on his novel of the same name.