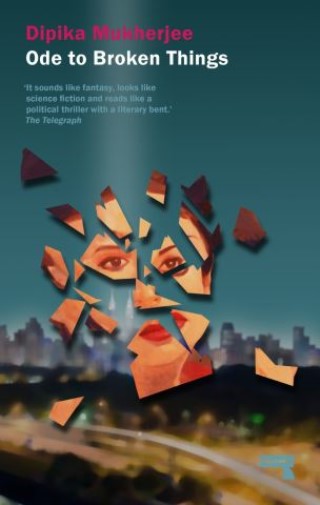 Colonel S--biomedical engineer, explosives expert, and the Malaysian government go-to hitman--has been doing the dirty work of the rich and corrupt for years now and is ready for his final job. One that will ensure the domination of the Muslims over the Malaysian state. The target? Kuala Lumpur International Airport. All he needs is a little help from his old friend and protégé, Dr. Jay Ghosh. Despite the dangerous circumstances and Jay's own tragic Malaysian history, which he has been running from for 30 years, he cannot refuse the man who once saved his life. But, when Jay contacts Agni, the daughter of his first love with dangerous secrets of her own and a hunch that Colonel S is not all he seems, Jay is torn between righting the wrongs of his past and remaining loyal to a blood oath he has finally been called on to repay.

Set in modern day Malaysia, divided by religions vying for control of the state with violence and manipulation, Ode to Broken Things rings true in an increasingly dangerous world fraught with warfare, conflicting cultures, dysfunctional governments, and terrorism. However, Dipika Mukherjee's focus on the characters' interwoven histories forms the story's overarching message that, despite race, ethnicity, or religion, the same blood runs in our veins.

Dipika Mukherjee: Dipika Mukherjee made her debut as a novelist with the publication of Thunder Demons (Gyaana Books, 2011), long-listed for the Man Asian Literary Prize. She won the Platform Flash Fiction competition in April 2009. She has edited two anthologies of Southeast Asian short stories: Silverfish New Writing 6 (Silverfish, 2006) and The Merlion and Hibiscus (Penguin, 2002). Her first poetry collection, The Palimpsest of Exile, was published by Rubicon Press in 2009. Her short stories and poems have appeared in publications around the world, including the World Literature Today, Asia Literary Review, The South Asia Review, Del Sol Review and Postcolonial Text among others, and have been widely anthologized.

She lives in Chicago with her husband and they have two sons. More information at dipikamukherjee.com