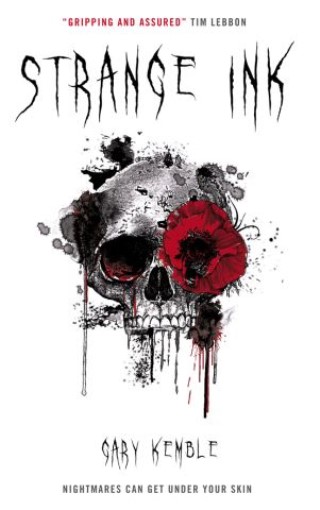 Spine-chilling horror in the vein of Joe Hill. After moving into a new house, journalist Harry Hendrick wakes up with tattoos that aren't his...

When washed-up journalist Harry Hendrick wakes one morning with a hangover and a strange symbol tattooed on his neck, he shrugs it off as a bad night out. But soon more tattoos appear: grisly, violent images which come accompanied by horrific nightmares - so he begins to dig deeper. Harry's search leads him to a sinister disappearance, torment from beyond the grave, and a web of corruption and violence tangled with his own past. One way or another, he has to right the wrongs.

Gary Kemble: Gary Kemble's award-winning short fiction has been published in magazines and anthologies in Australia and abroad, and his non-fiction has appeared in newspapers, magazines and online. Born in England, Gary now lives in Brisbane with his wife and kids, where he is the Social Media Co-ordinator for national news broadcaster ABC News. Strange Ink is his first novel.