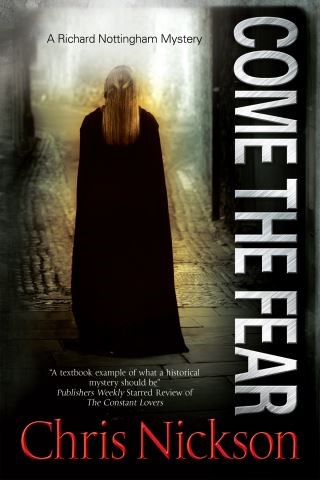 With the discovery of a young woman’s charred and blackened body, Richard Nottingham tackles his most disturbing case yet March, 1733. Fire rages through an empty house in a rundown area of Leeds, but the investigation takes a disturbing turn with the discovery of the charred remains of a young woman and her baby amidst the smouldering ruins. Was the fire deliberately started to conceal the woman’s murder? Richard Nottingham’s enquiries into the victim’s identity will lead him from squalid alehouses, prostitutes’ haunts and thieves’ dens to the home of a wealthy wool merchant.

Chris Nickson: Chris Nickson is the author of the highly-acclaimed Richard Nottingham series and is also a well-known music journalist. Born and raised in Leeds, he lived in the USA for thirty years and now makes his home in England. www.chrisnickson.co.uk