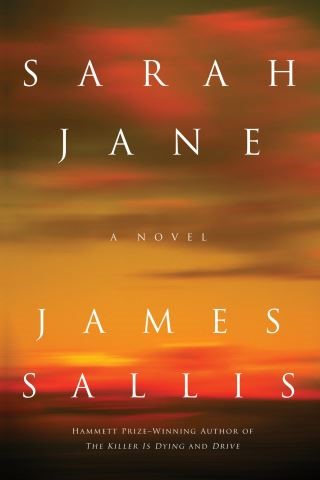 A spare, sparkling tour de force about one woman's journey to becoming a cop, by master of noir James Sallis, author of Drive.

Sarah Jane Pullman is a good cop with a complicated past. From her small-town chicken-farming roots through her runaway adolescence, court-ordered Army stint, ill-advised marriage and years slinging scrambled eggs over greasy spoon griddles, Sarah Jane unfolds her life story, a parable about memory, atonement, and finding shape in chaos. Her life takes an unexpected turn when she is named the de facto sheriff of a rural town, investigating the mysterious disappearance of the sheriff whose shoes she’s filling—and the even more mysterious realities of the life he was hiding from his own colleagues and closest friends. This kaleidoscopic character study sparkles in every dark and bright detail—a virtuoso work by a master of both the noir and the tender aspects of human nature.

James Sallis: James Sallis has published eighteen novels, including Drive, which was made into a now-iconic film, and the six-volume Lew Griffin series. He is a recipient of the Hammett Prize for literary excellence in crime fiction, the Grand Prix de Littérature Policière, the Deutsche Krimi Preis, and the Brigada 21 in Spain, as well as Bouchercon’s Lifetime Achievement Award. His biography of Chester Himes was a New York Times Notable Book of the Year.