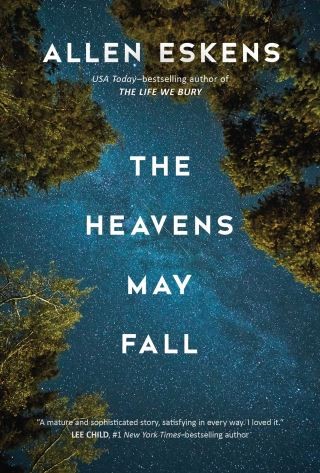 The Heavens May Fall

FEATURING THREE CHARACTERS FROM THE BESTSELLING BOOK-CLUB FAVORITE THE LIFE WE BURY, THIS NOVEL EXPLORES A RIVETING MURDER CASE TOLD FROM TWO OPPOSING PERSPECTIVES. Detective Max Rupert and attorney Boady Sanden’s friendship is being pushed to the breaking point. Max is convinced that Jennavieve Pruitt was killed by her husband, Ben. Boady is equally convinced that Ben, his client, is innocent. As the case unfolds, the two are forced to confront their own personal demons. Max is still struggling with the death of his wife four years earlier, and the Pruitt case stirs up old memories. Boady hasn’t taken on a defense case since the death of an innocent client, a man Boady believes he could have saved but didn’t. Now he is back in court, with student Lila Nash at his side, and he’s determined to redeem himself for having failed in the past. Vividly told from two opposing perspectives, the truth about the stunning death of Jennavieve Pruitt remains a mystery until the very end. From the Trade Paperback edition.

Allen Eskens: Allen Eskens is the award-winning and USA Today–bestselling author of The Life We Bury, The Guise of Another, and The Heavens May Fall. A criminal-defense attorney for twenty-five years, he lives with his wife in Minnesota, where he is a member of the Twin Cities Sisters in Crime. From the Trade Paperback edition.