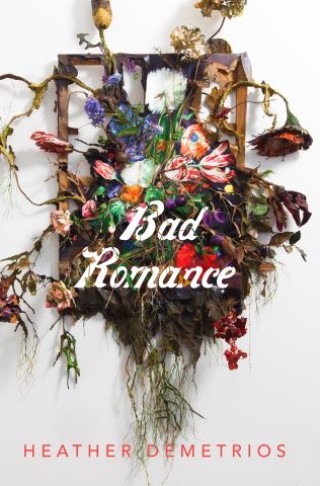 Grace wants out. Out of her house, where her stepfather wields fear like a weapon and her mother makes her scrub imaginary dirt off the floors. Out of her California town, too small to contain her big city dreams. Out of her life, and into the role of Parisian artist, New York director—anything but scared and alone.

Enter Gavin: charming, talented, adored. Controlling. Dangerous. When Grace and Gavin fall in love, Grace is sure it's too good to be true. She has no idea their relationship will become a prison she's unable to escape.

Deeply affecting and unflinchingly honest, this is a story about spiraling into darkness—and emerging into the light again.

Heather Demetrios: Heather Demetrios is the author of several critically acclaimed novels including Something Real and I'll Meet You There. She is a recipient of the PEN New England Susan P. Bloom Discovery Award and has an MFA in Writing for Children and Young Adults from Vermont College of Fine Arts. When she isn’t traipsing around the world or spending time in imaginary places, she lives with her husband in New York City. Originally from Los Angeles, she now calls the East Coast home.