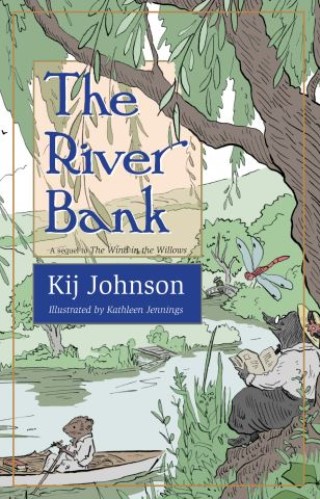 A sequel to Kenneth Grahame's The Wind in the Willows

In this delightful dive into the bygone world of Kenneth Grahame’s The Wind in the Willows staunch Mole, sociable Water Rat, severe Badger, and troublesome and ebullient Toad of Toad Hall are joined by a young mole lady, Beryl, and her dear friend, Rabbit. There are adventures, kidnappings, lost letters, and family secretslavishly illustrated throughout by award-winning artist Kathleen Jennings.

The Fox Woman immediately sets the author in the front rank of today’s novelists.” Lloyd Alex-ander

Johnson has a singular vision and I’m going to be borrowing (stealing) from her.” Sherman Alexie

Johnson would fit quite comfortably on a shelf with Karen Russell, Erin Morgen-stern and others who hover in the simultaneous state of being both literary” and fantasy” writ-ers.” Shelf Awareness

Kij Johnson’s stories have won the Sturgeon, World Fantasy, and Nebula awards. She has taught writing and has worked at Dark Horse, Microsoft, and Real Networks. She has run bookstores, worked as a radio announcer and engineer, edited cryptic crosswords, and waitressed in a strip bar.

Kathleen Jennings was raised on fairytales in western Queensland. She trained as a lawyer and filled the margins of her notes with pen-and-ink illustrations. She has been nominated for the World Fantasy award and has received several Ditmar Awards. She lives in Brisbane, Australia.