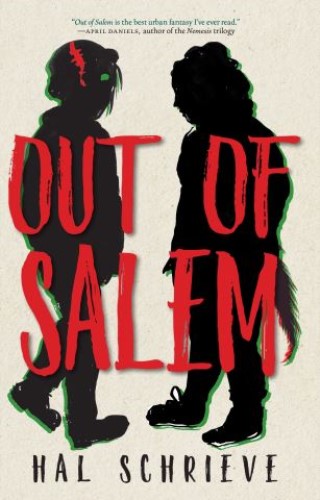 Longlisted for the 2019 National Book Award for Young People's Literature

Genderqueer fourteen-year-old Z Chilworth has to adjust quickly to their new status as a zombie after waking from death from a car crash that killed their parents and sisters. Always a talented witch, Z now can barely perform magic and is rapidly decaying. Faced with rejection from their remaining family members and old friends, Z moves in with their mother's friend, Mrs. Dunnigan, and befriends Aysel, a loud would-be-goth classmate who is, like Z, a loner. As Z struggles to find a way to repair the broken magical seal holding their body together, Aysel fears that her classmates will discover her status as an unregistered werewolf. When a local psychiatrist is murdered by what seems to be werewolves, the town of Salem, Oregon, becomes even more hostile to "monsters," and Z and Aysel are driven together in an attempt to survive a place where most people wish that neither of them existed.
Rarely has a first-time author created characters of such immediacy and power as Z, Aysel, Tommy (suspected fey) and Elaine (also a werewolf), or a world that parallels our own so clearly and disturbingly.

Hal Schrieve: Hal Schrieve grew up in Olympia, Washington, and has never met a werewolf. Xie has worked as an after-school group leader, a summer camp counselor, a flower seller, a tutor, a grocer, and a babysitter. Hal has had poetry in Vetch magazine, and is featured in Stacked Deck Press's 2018 trans comics anthology We're Still Here. Hal earned hir Master's in Library Science from Queen's College and works as a Children's Librarian at New York Public Library.  Out of Salem, hir debut novel, received starred reviews from Kirkus and Publisher's Weekly and was longlisted for the National Book Award for Young People's Literature.  Hal lives in Brooklyn.