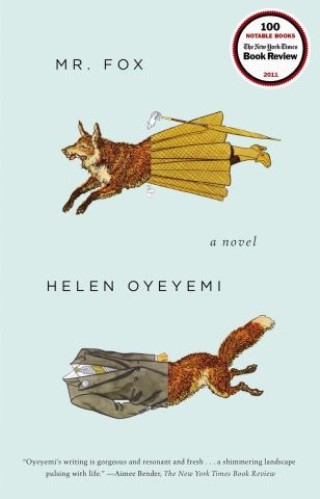 From the prizewinning young writer of What Is Not Yours Is Not Yours and 2019's Gingerbread, a brilliant and inventive story of love, lies, and inspiration.

Fairy-tale romances end with a wedding, and the fairy tales don't get complicated. In this book, the celebrated writer Mr. Fox can't stop himself from killing off the heroines of his novels, and neither can his wife, Daphne. It's not until Mary, his muse, comes to life and transforms him from author into subject that his story begins to unfold differently.

Mary challenges Mr. Fox to join her in stories of their own devising; and in different times and places, the two of them seek each other, find each other, thwart each other, and try to stay together, even when the roles they inhabit seem to forbid it. Their adventures twist the fairy tale into nine variations, exploding and teasing conventions of genre and romance, and each iteration explores the fears that come with accepting a lifelong bond. Meanwhile, Daphne becomes convinced that her husband is having an affair, and finds her way into Mary and Mr. Fox's game. And so Mr. Fox is offered a choice: Will it be a life with the girl of his dreams, or a life with an all-too-real woman who delights him more than he cares to admit?

The extraordinarily gifted Helen Oyeyemi has written a love story like no other.  Mr. Fox is a magical book, endlessly inventive, as witty and charming as it is profound in its truths about how we learn to be with one another.

Helen Oyeyemi: Helen Oyeyemi is the author of five novels, most recently White Is for Witching, which won a 2010 Somerset Maugham Award, Mr. Fox, which won a 2012 Hurston/Wright Legacy Award, and Boy, Snow, Bird. In 2013, she was named one of Granta’s Best Young British Novelists. She lives in Prague.