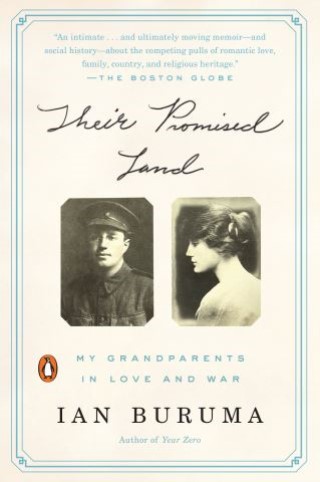 My Grandparents in Love and War

A family history of surpassing beauty and power: Ian Buruma’s account of his grandparents’ enduring love through the terror and separation of two world wars

During the almost six years England was at war with Nazi Germany, Winifred and Bernard Schlesinger, Ian Buruma’s grandparents, and the film director John Schlesinger's parents, were, like so many others, thoroughly sundered from each other. Their only recourse was to write letters back and forth. And write they did, often every day. In a way they were just picking up where they left off in 1918, at the end of their first long separation because of the Great War that swept Bernard away to some of Europe’s bloodiest battlefields. The thousands of letters between them were part of an inheritance that ultimately came into the hands of their grandson, Ian Buruma. Now, in a labor of love that is also a powerful act of artistic creation, Ian Buruma has woven his own voice in with theirs to provide the context and counterpoint necessary to bring to life, not just a remarkable marriage, but a class, and an age.

Winifred and Bernard inherited the high European cultural ideals and attitudes that came of being born into prosperous German-Jewish émigré families. To young Ian, who would visit from Holland every Christmas, they seemed the very essence of England, their spacious Berkshire estate the model of genteel English country life at its most pleasant and refined. It wasn’t until years later that he discovered how much more there was to the story.

At its heart, Their Promised Land is the story of cultural assimilation. The Schlesingers were very British in the way their relatives in Germany were very German, until Hitler destroyed that option. The problems of being Jewish and facing anti-Semitism even in the country they loved were met with a kind of stoic discretion. But they showed solidarity when it mattered most. As the shadows of war lengthened again, the Schlesingers mounted a remarkable effort, which Ian Buruma describes movingly, to rescue twelve Jewish children from the Nazis and see to their upkeep in England.

Many are the books that do bad marriages justice; precious few books take readers inside a good marriage. In Their Promised Land, Buruma has done just that; introducing us to a couple whose love was sustaining through the darkest hours of the century.

Ian Buruma: Ian Buruma is the Paul W. Williams Professor at Bard College. His previous books include Year Zero, The China Lover, Murder in Amsterdam, Occidentalism, God’s Dust, Behind the Mask, The Wages of Guilt, Bad Elements, and Taming the Gods. His newest book, A Tokyo Romance, will be on sale 3/6/2018.