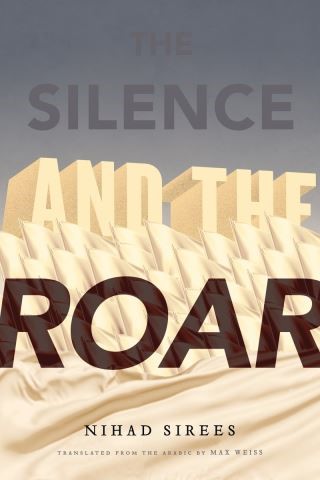 The Silence and the Roar

The Silence and the Roar takes place in an unnamed Middle Eastern country resembling Syria. The story follows a day in the life of Fathi Chin, an author banned from publishing because he refuses to write propaganda for the ruling government.

On this day, the entire country has mobilized to celebrate the twenty year anniversary of the reigning despot. The heat is oppressive and loudspeakers blare as an endless, unbearably loud parade takes over the streets.  Desperate to get away from the noise and the zombie-like masses, Fathi leaves his house to visit his mother, but en route stops to help a student who is being beaten by the police.  Fathi's ID papers are confiscated and he is forced to return home and told to report to the police station before night falls.

When Fathi turns himself in, he is led from one department to another in an ever-widening bureaucratic labyrinth. His only weapon against the irrationality of the government employees is his sense of irony. The Silence and the Roar is a funny, sexy, scathing novel about the struggle of an individual over tyranny. Tinged with a Kafkaesque sense of the absurd, it explores what it means to be truly free in mind and body, despite the worst efforts of the state to impose its will on its citizens.

Nihad Sirees: Nihad Sirees is a civil engineer who was born in the ancient Syrian city of Aleppo in 1950. His other novels include Cancer, The North Winds, and A Case of Passion. He has also written several plays and television dramas, the latest of which, Al Khait Al Abiadh (The First Gleam of Dawn), provides a frank depiction of the country's government controlled media and has been wildly acclaimed for its boldness and controversial nature. Branded an opponent of the government, publication of several of his works was forbidden by government censors. His subsequent novels were published abroad. He left Syria in January, 2012, to avoid Syrian security services. Since that time he has lived in self-imposed exile in Cairo, Egypt.
Max Weiss is an Assistant Professor of History and Near Eastern Studies at Princeton University. He is author of In the Shadow of Sectarianism: Law, Shi`ism, and the Making of Modern Lebanon, co-editor of Facing Fear: The History of an Emotion in Global Perspective and translator, most recently, of Hassouna Mosbahi, A Tunisian Tale and Samar Yazbek, A Woman in the Crossfire: Diaries of the Syrian Revolution.