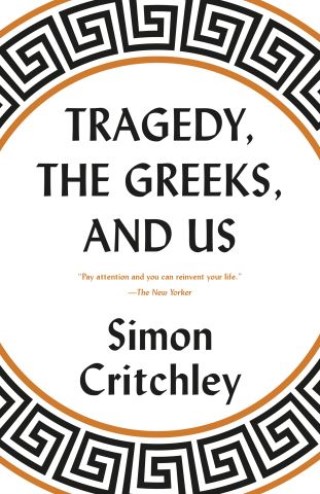 Tragedy, the Greeks, and Us

From the moderator of The New York Times philosophy blog "The Stone," a book that argues that if we want to understand ourselves we have to go back to theater, to the stage of our lives

Tragedy presents a world of conflict and troubling emotion, a world where private and public lives collide and collapse. A world where morality is ambiguous and the powerful humiliate and destroy the powerless. A world where justice always seems to be on both sides of a conflict and sugarcoated words serve as cover for clandestine operations of violence. A world rather like our own.

The ancient Greeks hold a mirror up to us, in which we see all the desolation and delusion of our lives but also the terrifying beauty and intensity of existence. This is not a time for consolation prizes and the fatuous banalities of the self-help industry and pop philosophy.

Tragedy allows us to glimpse, in its harsh and unforgiving glare, the burning core of our aliveness. If we give ourselves the chance to look at tragedy, we might see further and more clearly.

Simon Critchley: SIMON CRITCHLEY is Hans Jonas Professor of Philosophy at the New School for Social Research. His many books include Very Little . . . Almost Nothing, The Book of Dead Philosophers, The Faith of the Faithless, and Memory Theater. He is the series moderator of "The Stone," a philosophy column in The New York Times, to which he is a frequent contributor.