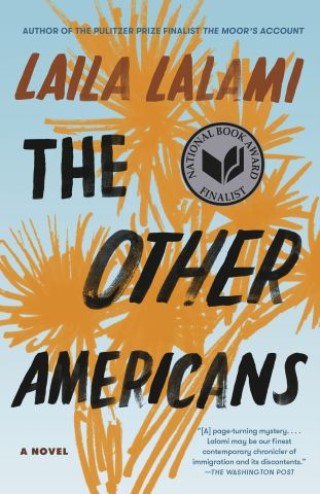 Late one spring night in California, Driss Guerraoui—father, husband, business owner, Moroccan immigrant—is hit and killed by a speeding car. The aftermath of his death brings together a diverse cast of characters: Guerraoui's daughter Nora, a jazz composer returning to the small town in the Mojave she thought she'd left for good; her mother, Maryam, who still pines for her life in the old country; Efraín, an undocumented witness whose fear of deportation prevents him from coming forward; Jeremy, an old friend of Nora’s and an Iraqi War veteran; Coleman, a detective who is slowly discovering her son’s secrets; Anderson, a neighbor trying to reconnect with his family; and the murdered man himself.

As the characters—deeply divided by race, religion, and class—tell their stories, each in their own voice, connections among them emerge. Driss’s family confronts its secrets, a town faces its hypocrisies, and love—messy and unpredictable—is born. Timely, riveting, and unforgettable, The Other Americans is at once a family saga, a murder mystery, and a love story informed by the treacherous fault lines of American culture.

Laila Lalami: Laila Lalami is the author of Hope and Other Dangerous Pursuits, Secret Son, and The Moor's Account, which was a finalist for the Pulitzer Prize and which won the American Book Award, the Arab American Book Award, and the Hurston/Wright Legacy Award. Her essays have appeared in The New York Times, the Los Angeles Times, The Washington Post, The Nation, Harper's Magazine, and The Guardian. In 2019, she was awarded the Simpson/Joyce Carol Oates Prize for her body of work. A professor of creative writing at the University of California at Riverside, she lives in Los Angeles. www.lailalalami.com