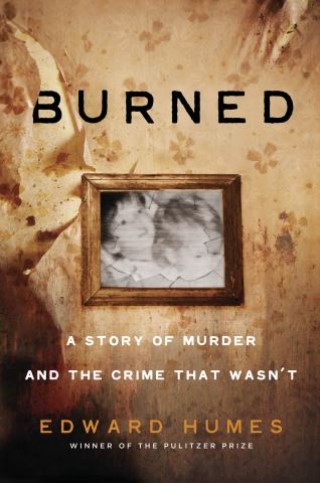 A Story of Murder and the Crime That Wasn't

Now in paperback. Was a monstrous killer brought to justice or an innocent mother condemned?

On an April night in 1989, Jo Ann Parks survived a house fire that claimed the lives of her three small children. Though the fire at first seemed a tragic accident, investigators soon reported finding evidence proving that Parks had sabotaged wiring, set several fires herself, and even barricade her four-year-old son inside a closet to prevent his escape. Though she insisted she did nothing wrong, Jo Ann Parks received a life sentence without parole based on the power of forensic fire science that convincingly proved her guilt.

But more than a quarter century later, a revolution in the science of fire has exposed many of the incontrovertible truths of 1989 as guesswork in disguise. The California Innocence Project is challenging Parks's conviction and the so-called science behind it, claiming that false assumptions and outright bias convicted an innocent mother of a crime that never actually happened.

If Parks is exonerated, she could well be the "Patient Zero" in an epidemic of overturned guilty verdicts—but only if she wins. Can prosecutors dredge up enough evidence and roadblocks to make sure Jo Ann Parks dies in prison? No matter how her last-ditch effort for freedom turns out, the scenes of betrayal, ruin, and hope will leave readers longing for justice we can trust.

Edward Humes: Edward Humes is a Pulitzer Prize–winning journalist and author whose fourteen previous books include Garbology, Mississippi Mud, and the PEN Award–winning No Matter How Loud I Shout. He splits his time between Seattle and Southern California.