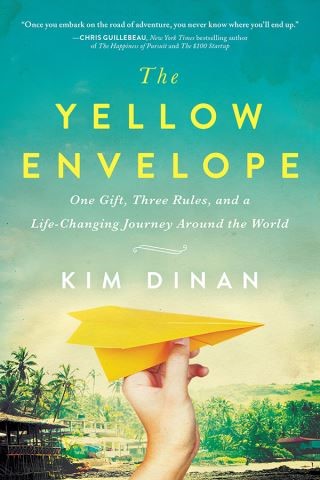 One Gift, Three Rules, and A Life-Changing Journey Around the World

What Would You Do with a Yellow Envelope?

After Kim and her husband decide to quit their jobs to travel around the world, they're given a yellow envelope containing a check and instructions to give the money away. The only three rules for the envelope: Don't overthink it; share your experiences; don't feel pressured to give it all away.

Through Ecuador, Peru, Nepal, and beyond, Kim and Brian face obstacles, including major challenges to their relationship. As she distributes the gift to people she encounters along the way she learns that money does not have a thing to do with the capacity to give, but that giving—of ourselves—is transformational.

Kim Dinan: Kim Dinan is a freelance writers and blogger, whose travel blog, So Many Places, receives over 200,000 unique visitors per year. Her writing has appeared in Backpacker Magazine and Northwest Travel Magazine, among others.