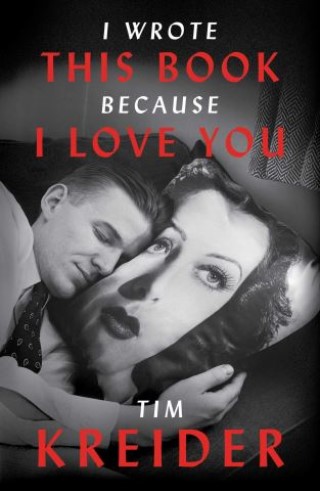 I Wrote This Book Because I Love You

The New York Times essayist and author of We Learn Nothing, Tim Kreider trains his singular power of observation on his (often befuddling) relationships with women.

Psychologists have told him he’s a psychologist. Philosophers have told him he’s a philosopher. Religious groups have invited him to speak. He had a cult following as a cartoonist. But, above all else, Tim Kreider is an essayist—one whose deft prose, uncanny observations, dark humor, and emotional vulnerability have earned him deserved comparisons to David Sedaris, Sarah Vowell, and the late David Foster Wallace (who was himself a fan of Kreider’s humor).

“Beautifully written, with just enough humor to balance his spikiness” (Booklist), I Wrote This Book Because I Love You focuses Tim’s unique perception and wit on his relationships with women—romantic, platonic, and the murky in-between. He talks about his difficulty finding lasting love and seeks to understand his commitment issues by tracking down the John Hopkins psychologist who tested him for a groundbreaking study on attachment when he was a toddler. He talks about his valued female friendships, one of which landed him on a circus train bound for Mexico. He talks about his time teaching young women at an upstate New York college, and the profound lessons they wound up teaching him. And in a hugely popular essay that originally appeared in The New York Times, he talks about his nineteen-year-old cat, wondering if it’s the most enduring relationship he’ll ever have.

“In a style reminiscent of Orwell, E.B. White and David Sedaris” (The New York Times Book Review), each of these pieces is “heartbreaking, brutal, and hilarious” (Judd Apatow), and collectively they cement Kreider’s place among the best essayists working today.

Tim Kreider: Tim Kreider has written for The New York Times, The New Yorker, The Week, The Men’s Journal, and Nerve.com. His popular comic strip, The Pain—When Will It End?, ran in alternative weeklies for twelve years and has been collected in three books by Fantagraphics. He is the author of two collections of essays, We Learn Nothing and I Wrote This Book Because I Love You. He divides his time between New York City and an undisclosed location on the Chesapeake Bay.