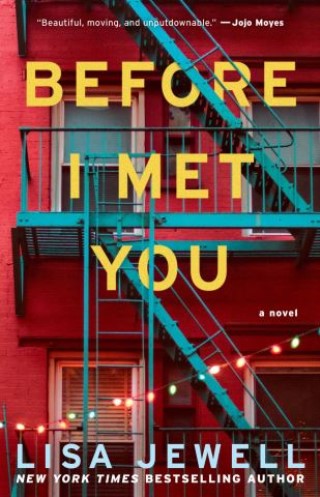 Before I Met You

“Lisa Jewell leaves the chick-lit tag firmly behind with Before I Met You, a poignant story about a young woman uncovering her grandmother’s bohemian life in 1920s London—and finding her own place in the world in the process.”—Good Housekeeping (UK)

“Jewell’s moving novel immerses readers in the lives of these unique characters through the universal themes of family and a search for belonging...a compelling and entertaining novel.” —Publishers Weekly

Jazz Age London, a passionate and forbidden interracial romance, and the unbreakable bond between a bright young woman and her eccentric grandmother come together brilliantly in this gem of a novel from the New York Times bestselling author of Then She Was Gone, perfect for fans of Downton Abbey, Twenties Girl, and The Chaperone.

After her grandmother Arlette’s death, Betty is finally ready to begin her life. She had forfeited university, parties, boyfriends, summer jobs—all the usual preoccupations of a woman her age—in order to care for Arlette in their dilapidated, albeit charming home on the English island of Guernsey. Her will included a beneficiary unknown to Betty and her family, a woman named Clara Pickle who presumably could be found at a London address. Now, having landed on a rather shabby street corner in ’90s Soho, Betty is determined to find the mysterious Clara. She’s ready for whatever life has to throw her way. Or so she thinks . . .

In 1920s bohemian London, Arlette De La Mare is starting her new life in a time of postwar change. Beautiful and charismatic, she is soon drawn into the hedonistic world of the Bright Young People. But two years after her arrival in London, tragedy strikes and she flees back to her childhood home and remains there for the rest of her life.

As Betty navigates the ups and downs of city life and begins working as a nanny for a rock star tabloid magnet, her search for Clara leads her to a man—a stranger to Betty, but someone who meant the world to her grandmother. Will the secrets of Arlette’s past help Betty find her own way to happiness in the present?

A rich detective story and a captivating look at London then and now, Before I Met You is an unforgettable novel about two very different women, separated by seventy years, but united by big hearts and even bigger dreams.

Lisa Jewell: Lisa Jewell is the internationally bestselling author of seventeen novels, including the New York Times bestsellers The Family Upstairs and Then She Was Gone, as well as Watching You and I Found You. Her novels have sold more than 4.5 million copies across the English-speaking world, and her work has also been translated into twenty-five languages. Connect with her on Twitter @LisaJewellUK, on Instagram @LisaJewellUK, and on Facebook @LisaJewellOfficial.