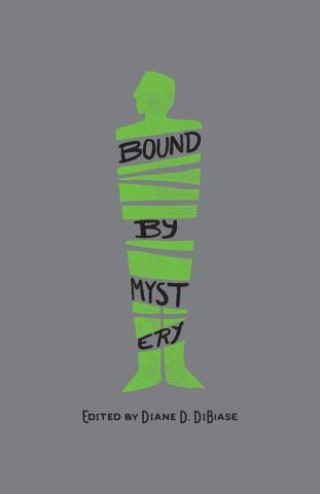 In celebration of our 20th anniversary, Poisoned Pen Press has commissioned original short stories from thirty-five of its authors, past and present. Some names will be immediately recognizable to mystery aficionados--Kerry Greenwood with her Phryne Fisher mysteries, now also a popular television program, or Laurie R. King who has charmed Sherlockians worldwide with her beloved Mary Russell series. Some have gone on to big deals with the big leagues--Carolyn Wall, whose debut novel, Sweeping Up Glass, was purchased by Penguin Random House, or James Sallis, whose novella, Drive, was critically acclaimed and made into major motion picture starring Ryan Gosling. Several have been translated into other languages with foreign publishers. Some authors have been on hiatus, and are writing something new for the first time in years. Most have remained comfortably ensconced with us here at the Press, enjoying a modicum of fame and a steadily growing base of loyal readers who eagerly anticipate their next-in-series.

This anthology celebrates our authors, their talent, and their diversity. Some have chosen to feature characters well-established within their own series-protagonists, supporting cast, and even one villain-turned-hero. Others have gone in totally different directions, inventing new characters and going dark or cozy for the first time, with chilling and delightful results. Yet as different as these authors and their stories are, they all share a common passion for finely crafted tales of crime and murder. From Greece to Italy, India to Australia, Great Britain to Canada; from the East Coast to the Pacific Northwest and New Mexico to the Savannah low country, they are a community Bound by Mystery, and we are proud to present their short fiction to you for the first time ever.

Kerry Greenwood is the author of more than 40 novels and six non-fiction books. Among her many honors, Ms. Greenwood has received the Ned Kelly Lifetime Achievement Award from the Crime Writers' Association of Australia. When she is not writing she is an advocate in Magistrates' Courts for the Legal Aid Commission. She is not married, has no children and lives with a registered Wizard.

Laurie R. King is a third generation Californian with a background in theology, whose first crime novel (1993's A Grave Talent) won the Edgar and Creasey awards. Her yearly novels range from police procedurals and stand-alones to a historical series about Mary Russell and Sherlock Holmes (beginning with The Beekeeper’s Apprentice.) Her books have won the Edgar, Creasey, Wolfe, Lambda, and Macavity awards, and appear regularly on the New York Times bestseller list.James Sallis has published fourteen novels; multiple collections of short stories, poems, and essays; the definitive biography of Chester Himes; three books of musicology; and a translation of Raymond Queneau’s novel Saint Glinglin. The film of Drive won Best Director award at Cannes, and his six Lew Griffin books are in development for film. Jim plays guitar, banjo, mandolin, fiddle, and Dobro. www.jamessallis.comDiane DiBiase joined Poisoned Pen Press in 2014. A Connecticut native, she attended Smith College where she studied Latin and Ancient Greek in addition to earning a BA in English. Diane has also studied Spanish, French and Italian, and knows just enough of each to get her into trouble. She has written poetry since the age of nine, and even managed to win a couple of awards from her Alma Mater. Despite this passion for language and her extensive business writing/editing experience, she has never attempted to be published--so why not ride the coattails of people with actual talent? (asked the voices in her head). This compilation of amazing stories by brilliant Poisoned Pen Press authors is Diane's amazing and brilliant answer, and marks her debut as an anthologist. Be sure to let her know how much you revere this book at: info@poisonedpenpress.com

Steven Axelrod holds an MFA in writing from Vermont College of Fine Arts and remains a member of the WGA despite a long absence from Hollywood. His work has been featured on various websites, including the literary e-zine Numéro Cinq, where he is on the masthead; Salon.com; and The Good Men Project; as well as the magazines Pulp Modern and Big Pulp.

A father of two, he lives on Nantucket Island, Massachusetts, where he paints houses and writes.