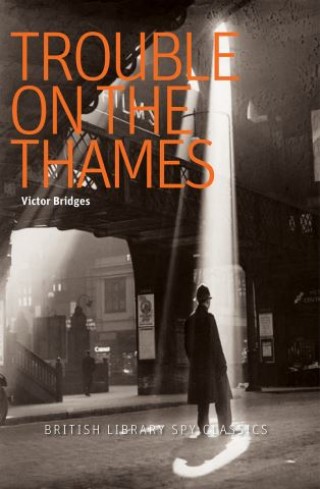 Trouble on the Thames

"A literary craftsman, who could spring surprises with his humour and sense of suspense." -The Times


Owen Bradwell is a courageous naval officer who returns to England in the 1930s. He believes that his career is over because he has become colour-blind but with Nazi Germany an increasing menace, the authorities cannot do without Bradwell, and he is assigned a special mission.

A former acquaintance of Bradwell's has been trapped into betraying his country's secrets by a Nazi agent. Bradwell is sent to spy on the spy, and travels down the Thames on a surveillance trip under cover of a fishing weekend. Things soon take an unexpected turn, and Bradwell finds himself in the company of a dead man, and a pretty young interior decorator called Sally.

Will Bradwell triumph over the villains, and will he and Sally fall in love?

This neglected thriller from 1945 is a pacy and entertaining read, rich with the classic twists of the genre: amnesia, blackmail, and a convict's escape from Dartmoor.