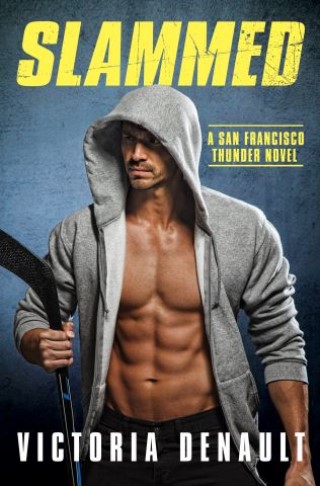 Not every goalie plays it safe...
As a publicist for the San Francisco Thunder hockey team, Dixie Braddock is too busy rescuing the players from trouble to get into any of her own. Except, of course, when it comes to the super hot new goalie. Because when a guy's kiss curls your toes and sets your heart on fire, how the hell do you just walk away? But if anyone ever catches them together, she'll lose her job faster than any slapshot.
Eli Casco is on the brink of having everything he ever wanted. He's finally been called up from the minor leagues to play on a championship team. And he just had the most mind-blowing night with the woman of his dreams. But now that he's an official Thunder player, Dixie is determined to keep her distance. None of the fame and fortune means anything to him without her to share it. If he truly wants Dixie in his life, it's time to throw down his gloves and put everything on the line.
The San Francisco Thunder series:
Score