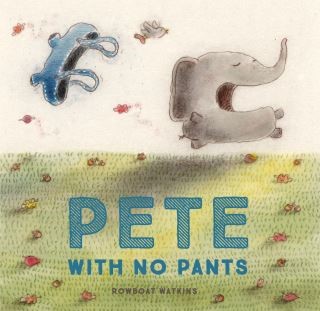 Pete With No Pants

Pete is gray. He's round. And he's not wearing any pants.

So Pete must be a boulder. Or is he a pigeon? Or a squirrel? Or a cloud?

Join Pete in his quest to answer the world's oldest question: Why do I have to wear pants? Wait, that's the second oldest. Born from the one-of-a-kind imagination of Rowboat Watkins, this hilarious book (the asides just beg to be read aloud) about finding out who you are features a satisfying and touching ending that will encourage young readers to be true to themselves as it reminds the adults in their lives to support them no matter what.

Rowboat Watkins: Rowboat Watkins is a dad who likes to tell stories and draw. Nobody knows why his wife started calling him Rowboat. He was a fellow of Maurice Sendak's and lives with his family in Brooklyn, New York.