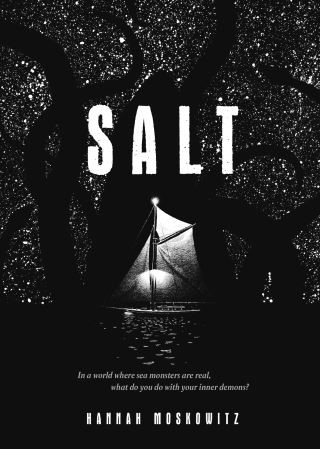 Roaming the Mediterranean Sea on sailboats and hunting down monsters is the only life seventeen-year-old Indi and his siblings have ever known. He never loved it, but now that his parents are gone—vanished during a hunt three months ago—it's harder and harder to fight his desire to escape. He's constantly battling his ferocious love for his siblings and the temptation of his parents' journal, which contains directions to a treasure that their parents hinted at. Maybe it's something valuable enough to distract Beleza from her mission to hunt down the monster that killed their parents. Something that would take the little kids away from the sea that's turning Oscar into a pirate and wasting Zulu's brilliant six-year-old mind. Something that could give Indi a normal life.

Acclaimed author Hannah Moskowitz has reinvented yet another genre in this ridiculously propulsive epic that is part seafaring epic, part coming-of-age tale, and a totally warm-hearted story of a boy who loves his family and just wants to figure his own self out—if only the fate of the world weren't on his shoulders.