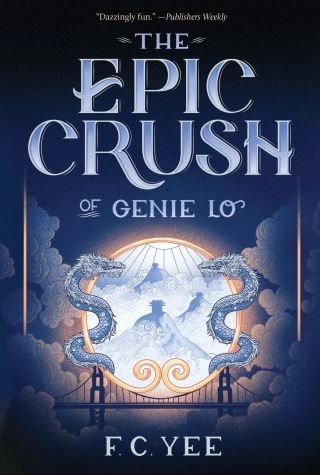 The Epic Crush of Genie Lo

The struggle to get into a top-tier college consumes sixteen-year-old Genie’s every waking thought. But when she discovers she’s a celestial spirit who’s powerful enough to bash through the gates of heaven with her fists, her perfectionist existence is shattered.

This epic YA debut draws from Chinese folklore, features a larger-than-life heroine, and perfectly balances the realities of Genie’s grounded high school life with the absurd supernatural world she finds herself commanding.

F. C. Yee:
F. C. Yee grew up in New Jersey and studied economics at Brown University. For his debut novel, he drew inspiration from the best and wisest people in his life. Outside of writing, he practices capoeira, a Brazilian form of martial arts. He currently calls the San Francisco Bay Area home.