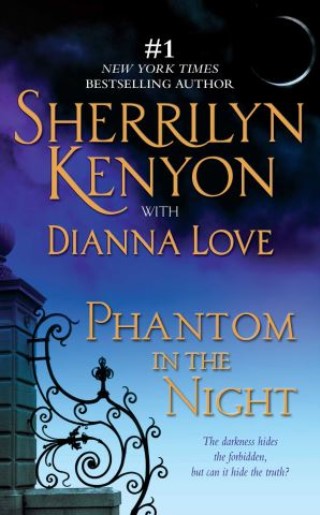 Phantom in the Night

In New York Times bestselling author Sherrilyn Kenyon’s thrilling novel of romantic suspense, a gutsy female agent from the Bureau of American Defense encounters an elusive killer who isn’t at all what he seems.

After losing her mother to a vigilante killer, Terri Mitchell has dedicated her life to justice. Working covertly as a new agent for the Bureau of American Defense agency, she’s consulting with the New Orleans Police Department to bust an organized crime ring suspected of funding terrorism. But when rumors surface of a phantom ghost terrorizing and killing the very people she’s investigating, she’s suspicious.

Nathan Drake has spent his life protecting his family, the only thing that matters to him...until the most feared drug lord in the southeast takes everything Nathan holds dear. Now he’s a man on a mission with nothing to lose. He figures he only needs to stay alive long enough to protect the innocent lives the killers are out to destroy.

As the two of them seek a similar goal by different means, Terri and Nathan are drawn deep into an evil underbelly that cuts through all levels of society. Now two people who have no reason to trust must trust in each other or die. And if they die, a deadly attack will be unleashed on thousands of innocent people.

Sherrilyn Kenyon: Sherrilyn Kenyon is the #1 New York Times bestselling author of several series, including the Bureau of American Defense novels BAD Attitude, Phantom in the Night, Whispered Lies, and Silent Truth and the Belador series that includes Blood Trinity, Alterant, and The Curse. Since her first book debuted in 1993 while she was still in college, she has placed more than eighty novels on the New York Times list in all formats and genres, including manga and graphic novels, and has more than 70 million books in print worldwide. She lives with her family near Nashville, Tennessee. Visit her website at SherrilynKenyon.com.Dianna Love is the New York Times bestselling coauthor of nine novels. She is a national speaker who started writing while working over a hundred feet in the air, creating marketing projects for Fortune 500 companies. When not plotting out her latest action-adventure, she travels the country on a motorcycle to meet fans and research new locations. She and her husband live near Atlanta, Georgia. Visit her website at AuthorDiannaLove.com.