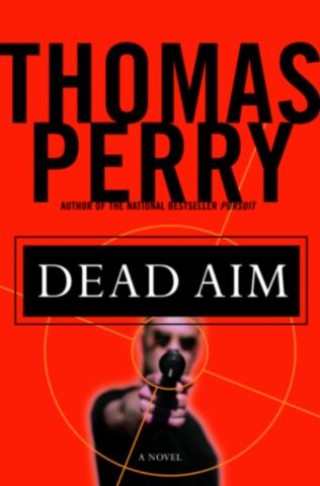 
In this explosive new novel from the Edgar Award–winning author of The Butcher’s Boy, Blood Money, and other novels of “dazzling ingenuity” (The New York Times Book Review), Thomas Perry gives us a thriller even more startling than his most recent bestseller, Pursuit. In Dead Aim, an unsuspecting man tries to help a young woman on the edge, and finds himself drawn into a lethal struggle with a deadly adversary--and then another, and another, and another.

Robert Mallon has lived for ten quiet years in affluent Santa Barbara, California, when an encounter on a beach with a mysterious young woman shatters his peaceful, carefully constructed life. Despite Mallon’s desperate attempts, he loses her, and he becomes obsessed with discovering why. He hires detective Lydia Marks to uncover the secrets of this stranger’s life, and what they learn propels them into a terrifying underworld of sinister secrets and deadly hatreds. Set against Mallon is the master hunter Parish, a man with an expert understanding of evil, who preys on rich people’s desire for dominance and revenge.

Thomas Perry’s writing is “as sharp as a sushi knife,” said the Los Angeles Times about Blood Money, and the same can be said about this new novel by the author hailed as “one of America’s finest storytellers” (San Francisco Examiner). With Dead Aim, Thomas Perry gives us another brilliant novel of spine-tingling suspense.

Thomas Perry: Thomas Perry won an Edgar Award for The Butcher’s Boy, and Metzger’s Dog was a New York Times Notable Book. Vanishing Act was chosen as one of the 100 Favorite Mysteries of the Century by the Independent Mystery Booksellers Association, and Pursuit was a national bestseller. Perry lives in Southern California with his wife and two daughters.