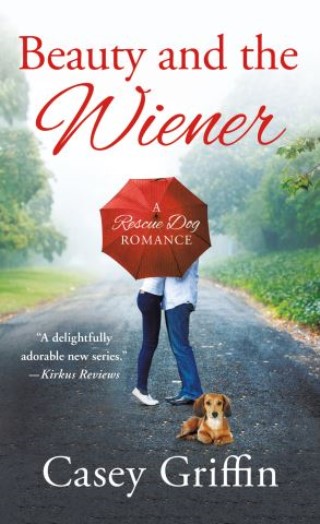 Beauty and the Wiener

Addison Turner has scripted a perfect future for herself, complete with a fairytale ending. She will become the name in doggie fashion design and live happily ever after with the husband of her dreams--and her dachshund, Princess, by her side. Just when her plan is on track and she's gaining recognition at the local dog show, Addison is hit with some Oscar-worthy drama. A group of prize-winning show dogs are stolen from under her nose, and she's stuck asking for help from Felix Vaughn, an infuriatingly hot bartender who is the exact opposite of Prince Charming.

When more dogs go missing--and Felix becomes a suspect--the two team up to clear their names. Although Felix and Addison fight like cats and dogs, there's an undeniable spark between them. And as the trail to the missing dogs heats up, so does their red-hot chemistry. Can Addison be persuaded to throw away her script to find an ending that just might be better than she ever expected?

"A lively romantic mystery...Paws down, one of the funniest books I've read in a long time." — bestselling author Diane Kelly on Must Love Wieners

Don't miss the hilarious Beauty and the Wiener, a Rescue Dog Romance book by Casey Griffin!

Casey Griffin: A true geek at heart, Casey Griffin can often be found at Star Trek expos and comic conventions on her days off from her day job, driving 400 ton dump trucks in Northern Alberta, Canada. Must Love Wieners is the first book in Griffin's Rescue Dog Romance series. As a jack of all trades with a resume boasting registered nurse, English teacher and photographer, books are her true passion. Casey is a 2012 Amazon Breakthrough Novel finalist and is currently busy writing every moment she can.