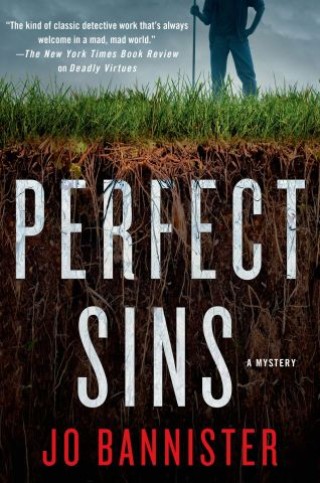 Four years ago, Gabriel Ash was working with the British government investigating hijackings in Somalia. But when his wife and sons disappeared, presumably taken—and probably killed—by pirates, his life fell apart. He has sudden reason to hope when a senior policeman suggests that his sons might still be alive—until that policeman is murdered. Still, there seems to be some link to a local operation, and Ash, no longer a government agent, is determined to find it.

Meanwhile, his friend Hazel Best has been having a tough time of her own. A police constable whose last case ended with her shooting someone dead, she is just beginning to regain her balance. Hazel and Ash are both beginning to take more of an interest in the outside world, when a neighboring archaeologist decides to dig up a curious mound of earth near the ice house on his land. It might be a burial mound, he thinks. It is, but not the ancient one he expects; it holds the bones of a little boy from perhaps thirty years ago, carefully laid to rest with twentieth-century toys. As Hazel is slowly drawn back into police work, Ash finds himself under threat from someone who must think his investigation into his family's disappearance is finally getting somewhere...

Jo Bannister's police procedurals have been widely praised not only for outstanding plotting and suspense, but also for their brilliant and compelling characterization and with Perfect Sins she again proves that she is "one of the genre's best." (Booklist)

JO BANNISTER began her career as a journalist after leaving school at sixteen to work on a weekly newspaper. She was shortlisted for several prestigious awards and worked as an editor for some years before leaving to pursue her writing full time. She lives in Northern Ireland and spends most her spare time with her horse and dog, or clambering over archaeological sites. Her thriller, Death in High Places, was nominated for the RT Reviewers' Choice Best Book Award.