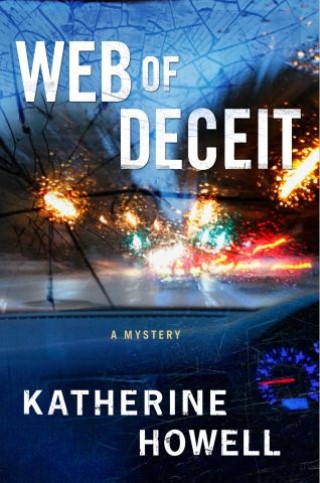 Shortlisted for the 2013 Ned Kelly Award for Best Crime Fiction

When frantic man refuses to leave the car that witnesses say he deliberately crashed, paramedics Jane and Alex think it's a desperate cry for help. But his paranoid claims that someone is out to get him only confirm official reports that he is delusional.

When he is indeed found dead in what looks like a suicide, Jane is uneasy: she remembers the raw terror in his eyes.

Detective Ella Marconi shares these doubts, which are compounded as the case becomes increasingly tangled. The victim's boss tries to commit suicide, a witness flees, and closer to home, a woman is attacked in front of Jane's house. Then Alex's daughter goes missing.

As Ella tries to add up the clues, the investigation is hampered by her budget-focused boss. Then, just when she thinks she's closing in, a shocking turn of events endangers more people, and Ella just may see the killer slip through her hands.

Katherine Howell: KATHERINE HOWELL worked as a paramedic for fifteen years while completing her Bachelor and Masters degrees in creative writing. Her novels make the Australian bestseller list and she has twice won the Davitt award for best crime fiction. Her books are published in multiple countries, languages, and formats. Howell teaches writing and editing, and she lives in Queensland with her partner, who owns a bookshop.