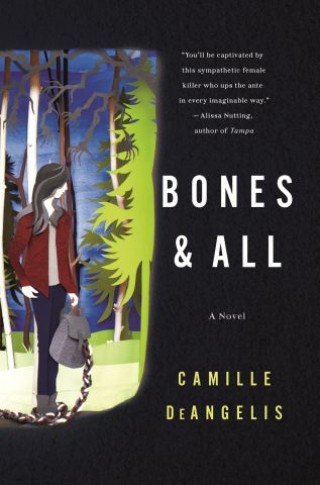 Maren Yearly is a young woman who wants the same things we all do. She wants to be someone people admire and respect. She wants to be loved. But her secret, shameful needs have forced her into exile. She hates herself for the bad thing she does, for what it's done to her family and her sense of identity; for how it dictates her place in the world and how people see her--how they judge her. She didn't choose to be this way.

Because Maren Yearly doesn't just break hearts, she devours them. Ever since her mother found Penny Wilson's eardrum in her mouth when Maren was just two years old, she knew life would never be normal for either of them. Love may come in many shapes and sizes, but for Maren, it always ends the same-with her hiding the evidence and her mother packing up the car.

But when her mother abandons her the day after her sixteenth birthday, Maren goes looking for the father she has never known, and finds much more than she bargained for along the way.

Faced with a world of fellow eaters, potential enemies, and the prospect of love, Maren realizes she isn't only looking for her father, she's looking for herself.

Camille DeAngelis' Bones & All is an astonishingly original coming-of-age tale that is at once a gorgeously written horror story as well as a mesmerizing meditation on female power and sexuality.

Camille DeAngelis is the author of the novels Mary Modern and Petty Magic and a first-edition guidebook, Moon Ireland. A graduate of NYU and the National University of Ireland, Galway, Camille currently lives in Boston. She is a vegan.