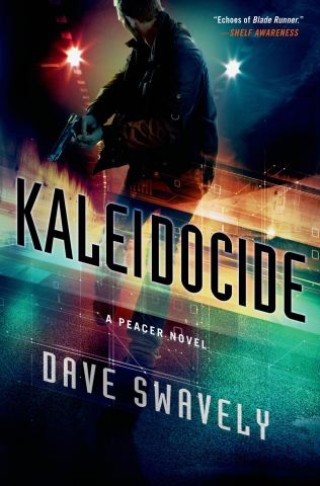 In this sequel to Silhouette, Michael Ares must survive a series of assassination attempts to find out why he was destined to become one of the most powerful men on the planet


In the near future, a post-quake San Francisco is ruled by a private corporation called the Bay Area Security Service. BASS has established and maintained order in this new city-state with a police force of "peacers" who have a license to kill, and the company has developed a cutting-edge antigravity technology coveted by the rest of the world. Michael Ares has recently inherited the throne of BASS, and immediately finds himself marked for assassination by an even more powerful leader, the Chinese general Zhang Sun.

Michael doesn't understand why he was chosen to play this important role, nor does he know why Sun is so determined to see him dead. But to find out, he will first have to survive not just one attempt on his life, but an unrelenting barrage that has never failed to end in the death of the target. His only hope is to entrust his fate to an old friend whose company provides personal high-tech protection that is almost as impressive as the forces arrayed against him.

A future world of aerocars, net glasses, and neural cyberware provides the backdrop for this timeless tale of good and evil, love and revenge, truth and mystery. Dave Swavely's Kaleidocide is filled with a kaleidoscope of colorful characters and thrilling action that will make readers' hearts pound and minds race at the same time.

Dave Swavely: DAVE SWAVELY lived in beautiful Napa Valley for ten years, and now resides in lovely Chester County, near Philadelphia. Kaleidocide is his second Peacer novel and the sequel to Silhouette, which was also published by Thomas Dunne Books.