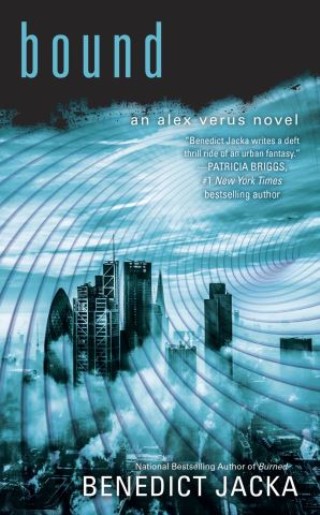 Mage Alex Verus is caught between a rock and a hard place in the eighth urban fantasy novel from the national bestselling author of Burned.

Right now I wasn’t seeing Richard as the teacher out of my nightmares; he was just another Dark mage, and I looked into the future to see what would happen if I turned that knife on him instead…

Alex Verus is still haunted by his time apprenticed to Richard Drakh. He’s been free of him for many years, but now the only way to keep his friends from being harmed is to again work for Richard and his deadly ally. Even worse, Alex is forced to bring the life mage Anne into this servitude as well.

After weeks of being hunted and finally cornered into what he thought was his last stand, Alex never imagined his life would be spared—and never anticipated at what price. This time, the diviner can see no way out…

Benedict Jacka: Benedict Jacka is half-Australian, half-Armenian, and grew up in London. He’s worked as a teacher, bouncer, and civil servant, and spends his spare time skating and playing tabletop games. He’s the author of the Alex Verus series, including Burned, Veiled, Hidden, and Chosen.