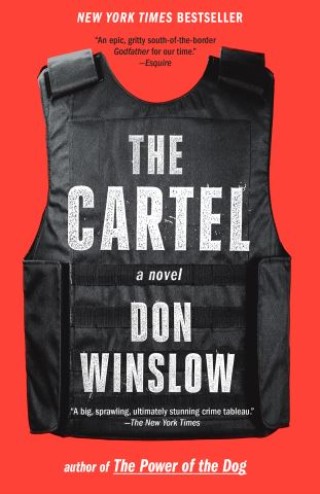 The New York Times bestselling second novel in the explosive Power of the Dog series—an action-filled look at the drug trade that takes you deep inside a world riddled with corruption, betrayal, and bloody revenge.

Book Two of the Power of the Dog Series

It’s 2004. Adán Barrera, kingpin of El Federación, is languishing in a California federal prison. Ex-DEA agent Art Keller passes his days in a monastery, having lost everything to his thirty-year blood feud with the drug lord. Then Barrera escapes. Now, there’s a two-million-dollar bounty on Keller’s head and no one else capable of taking Barrera down. As the carnage of the drug war reaches surreal new heights, the two men are locked in a savage struggle that will stretch from the mountains of Sinaloa to the shores of Veracruz, to the halls of power in Washington, ensnaring countless others in its wake. Internationally bestselling author Don Winslow's The Cartel is the searing, unfiltered epic of the drug war in the twenty-first century.

Don Winslow: Don Winslow is the critically acclaimed, award-winning, internationally bestselling author of nineteen novels, including The Power of the Dog, Savages, The Winter of Frankie Machine and The Cartel.  A former investigator, anti-terrorist trainer and trial consultant, Winslow lives in Southern California.