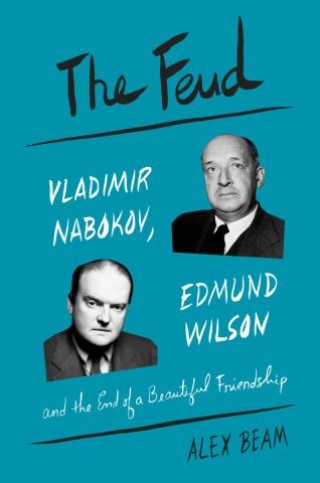 Vladimir Nabokov, Edmund Wilson, and the End of a Beautiful Friendship

The Feud is the deliciously ironic (and sad) tale of how two literary giants destroyed their friendship in a fit of mutual pique and egomania.

In 1940, Edmund Wilson was the undisputed big dog of American letters. Vladimir Nabokov was a near-penniless Russian exile seeking asylum in the States. Wilson became a mentor to Nabokov, introducing him to every editor of note, assigning him book reviews for The New Republic, engineering a Guggenheim Fellowship. Their intimate friendship blossomed over a shared interest in all things Russian, ruffled a bit by political disagreements. But then came the worldwide best-selling novel Lolita, and the tables were turned. Suddenly Nabokov was the big (and very rich) dog. The feud finally erupted in full when Nabokov published his hugely footnoted and virtually unreadable literal translation of Pushkin’s famously untranslatable verse novel, Eugene Onegin. Wilson attacked his friend’s translation with hammer and tongs in The New York Review of Books. Nabokov counterattacked. Back and forth the increasingly aggressive letters flew, until the narcissism of small differences reduced their friendship to ashes.

Alex Beam has fashioned this clash of literary titans into a delightful and irresistible book—a comic contretemps of a very high order and a poignant demonstration of the fragility of even the deepest of friendships.

(With black-and-white illustrations throughout)

Alex Beam: ALEX BEAM has been a columnist for The Boston Globe since 1987. He previously served as the Moscow bureau chief for Business Week. He is the author of three works of nonfiction: American Crucifixion, Gracefully Insane, and A Great Idea at the Time; the latter two were New York Times Notable Books. Beam has also written for The Atlantic, Slate, and Forbes/FYI. He lives in Newton, Massachusetts.