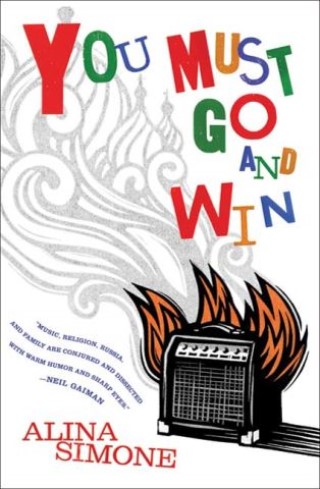 You Must Go and Win

In the wickedly bittersweet and hilarious You Must Go and Win, the Ukrainian-born musician Alina Simone traces her bizarre journey through the indie rock world, from disastrous Craigslist auditions with sketchy producers to catching fleas in a Williamsburg sublet. But Simone offers more than down-and-out tales of her time as a struggling musician: she has a rapier wit, slashing and burning her way through the absurdities of life, while offering surprising and poignant insights into the burdens of family expectations and the nature of ambition, the temptations of religion and the lure of a mythical Russian home. Wavering between embracing and fleeing her outsized and nebulous dreams of stardom, Simone confronts her Russian past when she falls in love with the music of Yanka Dyagileva, a Soviet singer who tragically died young; hits the road with her childhood friend who is dead set on becoming an "icon"; and battles male strippers in Siberia.

Hailed as "the perfect storm of creative talent" (USA Today, Pop Candy), Simone is poised to win over readers of David Rakoff and Sarah Vowell with her irresistibly funny and charming literary debut.

Alina Simone: Alina Simone is a critically acclaimed singer who was born in Kharkov, Ukraine, and now lives in Brooklyn. Her music has been covered by a wide range of media, including BBC's The World, NPR, Spin, Billboard, The New Yorker, and The Wall Street Journal. You Must Go and Win is her first book.