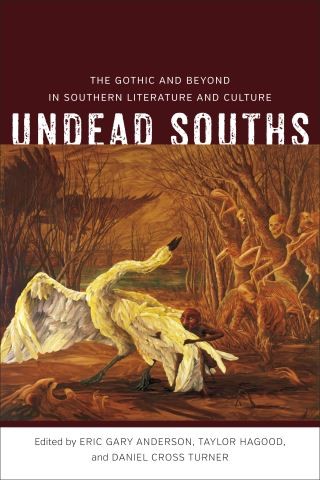 The Gothic and Beyond in Southern Literature and Culture

Depictions of the undead in the American South are not limited to our modern versions, such as the vampires in True Blood and the zombies in The Walking Dead. As Undead Souths reveals, physical emanations of southern undeadness are legion, but undeadness also appears in symbolic, psychological, and cultural forms, including the social death endured by enslaved people, the Cult of the Lost Cause that resurrected the fallen heroes of the Confederacy as secular saints, and mourning rites revived by Native Americans forcibly removed from the American Southeast.

To capture the manifold forms of southern haunting and horror, Undead Souths explores a variety of media and historical periods, establishes cultural crossings between the South and other regions within and outside of the U.S., and employs diverse theoretical and critical approaches. The result is an engaging and inclusive collection that chronicles the enduring connection between southern culture and the refusal of the dead to stay dead.