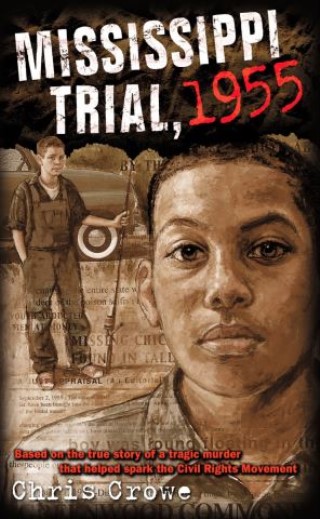 As the fiftieth anniversary approaches, there's a renewed interest in this infamous 1955 murder case, which made a lasting mark on American culture, as well as the future Civil Rights Movement. Chris Crowe's IRA Award-winning novel and his gripping, photo-illustrated nonfiction work are currently the only books on the teenager's murder written for young adults.

Chris Crowe: Chris Crowe is the author of several books, most notably Mississippi Trial, 1955, which won several awards, including the 2003 International Reading Association's Young Adult Novel Award. His nonfiction book, Getting Away with Murder: The True Story of the Emmett Till Case, was an Jane Addams Honor book. His first children's book, Just As Good: How Larry Doby Changed America's Game, appeared in 2012. Chris married his high school sweetheart, and they live in Provo, Utah, where he works in the English department at BYU. They are the parents of four children and grandparents of two lovely girls and three handsome boys.