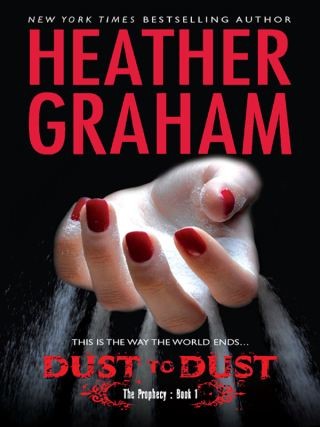 Not long ago, Scott Bryant would have described himself as an ordinary guy. But one act of heroism has changed his life foreveror at least until the apocalypse occurs. Because the end of the world is on its way.

Suddenly and inexplicably possessed of superhuman strength, Scott finds himself allied with the enigmatic and alluring Melanie Regan in a quest to find the mysterious Oracle in hopes of averting the absolute destruction that threatens.

Melanie herself has been falling into trances, sketching terrifying visions of future eventsand she wants answers. She knows better than Scott where to look for help, but even she cannot fathom the powers that have thrust them together in an epic battle of good against evil.

The earth itself will soon turn against its inhabitants, and now mortal and immortal must join forces if any are to survive.

Heather Graham: New York Times and USA Today bestselling author Heather Graham has written more than a hundred novels. She's a winner of the RWA's Lifetime Achievement Award, and the Thriller Writers' Silver Bullet. She is an active member of International Thriller Writers and Mystery Writers of America. For more information, check out her websites: TheOriginalHeatherGraham.com, eHeatherGraham.com, and HeatherGraham.tv. You can also find Heather on Facebook.