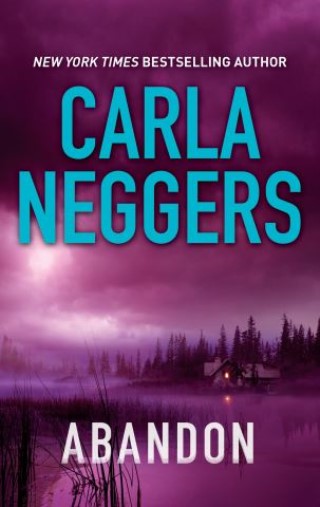 On what is supposed to be a quiet long weekend inNew Hampshire, Deputy U.S. Marshal Mackenzie Stewartis viciously attacked at the lakefront cottage of her friend,federal judge Bernadette Peacham. Mac fends off herattacker, but he manages to escape. Everything suggestshe's a deranged drifteruntil FBI special agentAndrew Rook arrives.

With Rook, Mac broke her own rule not to get involvedwith anyone in law enforcement, but she knows he isn'tup from Washington, D.C., to set things straight betweenthem. He's on a case.

As the hunt for the mysterious attacker continues, the casetakes an unexpected turn when Mac and Rook return toWashington and find Bernadette's ex-husband, a powerfulattorney, shot to death. Then Bernadette disappears, andMac and Rook realize the stakes are higher than eitherhad imagined, and a master criminal with nothing left tolose is prepared to gamble everything.

Carla Neggers: Carla Neggers is the New York Times bestselling author of the Sharpe and Donovan series featuring Boston-based FBI agents Emma Sharpe and Colin Donovan and the Swift River Valley series set in small-town New England. With many bestsellers to her credit, Carla and her husband divide their time between their hilltop home in Vermont, their kids' places in Boston and various inns, hotels and hideaways on their travels, frequently to Ireland. Learn more at CarlaNeggers.com.