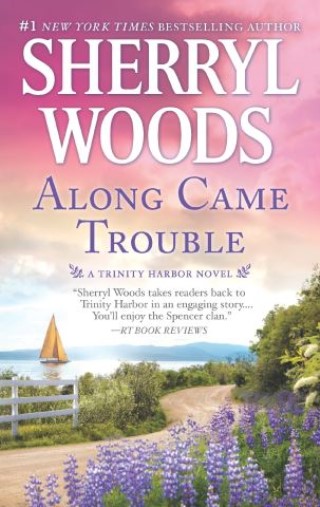 Sheriff Tucker Spencer has seen some actionbut finding an almost-naked woman asleep in his bed leaves him speechless. Especially because this same woman, Mary Elizabeth, broke Tucker's heart six years ago by marrying a charismatic Virginia politician, a man who's just been found shot dead.

Mary Elizabeth needs Tucker's help. Needs him, period. But along with her return comes all the town gossip about their reunion romance. Even his father, who can't manage his own love life, is determined to "impart his wisdom" regarding theirs.

Tucker's not listening to any of it. He just needs to clear Mary Elizabeth's name. But in the end, he'll confront a mystery even more confusing than murder: how the heart makes room for forgiveness and a new start.

Sherryl Woods: With her roots firmly planted in the South, Sherryl Woods has written many of her more than 100 books in that distinctive setting, whether in her home state of Virginia, her adopted state, Florida, or her much-adored South Carolina. Sherryl is best known for her ability to creating endearing small town communities and families. She is the New York Times and USA Today bestselling author of over 75 romances for Silhouette Desire and Special Edition.