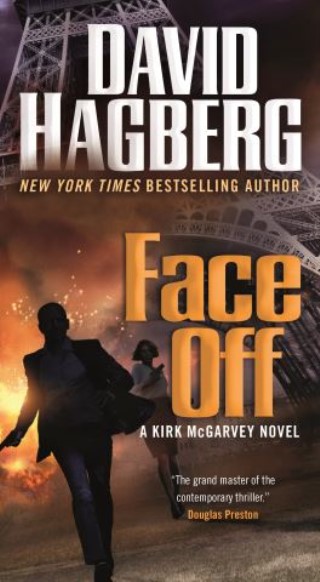 Kirk McGarvey is lunching in the Eiffel Tower when terrorists attempt to bring the Paris icon down. He springs into action to stop the attack, only to find there’s a much larger plot at stake. One that aims to force the incompetent US President out by pitting him against Russia.

But Putin himself is eager to avoid World War III. When a Russian nuclear weapon goes missing and is found heading to the US, Putin enlists McGarvey’s help in stopping it.

The stakes couldn't be higher, and the outcome couldn't be more in doubt. Only McGarvey stands a chance of intervening before it’s too late, in a race against time across Paris, Istanbul, Moscow, and Washington, D.C.

He spent more than thirty years researching and studying US-Soviet relations during the Cold War. Hagberg joined the Air Force out of high school, and during the height of the Cold War, he served as an Air Force cryptographer.