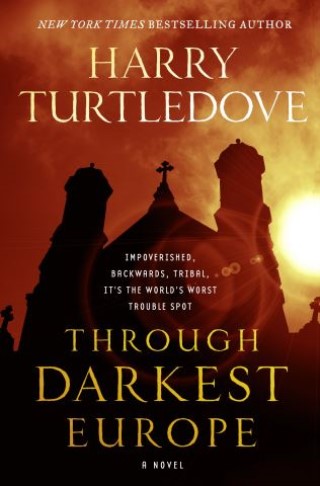 From the modern master of alternate history and New York Times bestselling author Harry Turtledove, Through Darkest Europe envisions a world dominated by a prosperous and democratic Middle East—and under threat from the world's worst trouble spot.

But one region has festered for decades: Europe, whose despots and monarchs can barely contain the simmering anger of their people. From Ireland to Scandinavia, Italy to Spain, European fundamentalists have carried out assassinations, hijackings, and bombings on their own soil and elsewhere. Extremist fundamentalist leaders have begun calling for a "crusade", an obscure term from the mists of European history.

Now Khalid has been sent to Rome, ground zero of backwater discontent. He and his partner Dawud have been tasked with figuring out how to protect the tinpot Grand Duke, the impoverished Pope, and the overall status quo, before European instability starts overflowing into the First World.

Then the bombs start to go off.

Harry Turtledove: HARRY TURTLEDOVE lives in Los Angeles, California, with his wife, the novelist Laura Frankos. He is a winner of science fiction's Hugo Award and of the Sidewise Award for alternate history. His work includes Shtetl Days, Lee at the Alamo, The House of Daniel, and Through Darkest Europe.