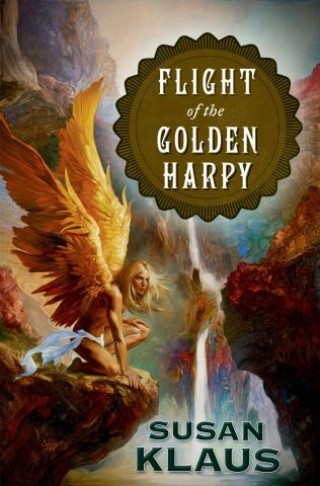 Flight of the Golden Harpy

Kari, a young woman, returns to the jungle planet of Dora after ten years in Earth's schools determined to unravel the mysteries surrounding the harpies, a feral species with the appearance half-bird, half-human.

The human colonists believe harpies are dangerous animals, which are known to steal women. The creatures are hunted like wild game, their wings considered rare trophies. But Kari distrusts these rumors. When she was attacked by a monster in the jungle as a child, a male harpy with rare golden coloring rescued her.

Constant hunting by men has driven the harpies to the brink of extinction. Is Kari's savior, the elegant golden harpy, is still alive? If so, how long can he and his flock survive the ravages of mankind?

Susan Klaus's Flight of the Golden Harpy is an imaginative and romantic fantasy novel that questions what it means to be human.

SUSAN KLAUS was born in Sarasota, Florida. She has been published in several magazines including Cats, ELL, and SRQ. Klaus is the founder and president of the Authors Connection Club, and is also the host of a Web radio show called Authors Connection that went into syndication this year. Flight of the Golden Harpy is Klaus's first novel.