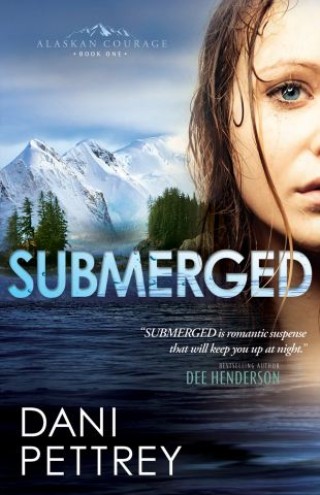 "Submerged is romantic suspense that will keep you up at night!"--Bestselling Author Dee Henderson

Yancey, Alaska was a quiet town...until the truth of what was hidden in the depths off the coast began to appear.

Bailey Craig vowed never to set foot in Yancey again. She has a past, and a reputation--and Yancey's a small town. She's returned to bury a loved one killed in the plane crash and is determined not to stay even an hour more than necessary. But then dark evidence emerges and Bailey's own expertise becomes invaluable for the case.

Cole McKenna can handle the deep-sea dives and helping the police recover evidence. He can even handle the fact that a murderer has settled in his town and doesn't appear to be moving on. But dealing with the reality of Bailey's reappearance is a tougher challenge. She broke his heart, but she is not the same girl who left Yancey. He let her down, but he's not the same guy she left behind. Can they move beyond the hurts of their pasts and find a future together?

Dani Pettrey: Dani Pettrey is a wife, homeschooling mom, and author. She feels blessed to write inspirational romantic suspense because it incorporates so many things she loves--the thrill of adventure, nailbiting suspense, the deepening of her characters' faith, and plenty of romance. She and her husband reside in Maryland with their two teenage daughters. Visit her website at www.danipettrey.com.