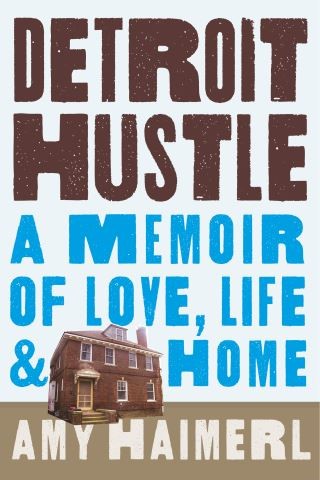 A Memoir of Life, Love, and Home

Journalist Amy Haimerl and her husband had been priced out of their Brooklyn neighborhood. Seeing this as a great opportunity to start over again, they decide to cash in their savings and buy an abandoned house for 35,000 in Detroit, the largest city in the United States to declare bankruptcy.

As she and her husband restore the 1914 Georgian Revival, a stately brick house with no plumbing, no heat, and no electricity, Amy finds a community of Detroiters who, like herself, aren't afraid of a little hard work or things that are a little rough around the edges. Filled with amusing and touching anecdotes about navigating a real-estate market that is rife with scams, finding a contractor who is a lover of C.S. Lewis and willing to quote him liberally, and neighbors who either get teary-eyed at the sight of newcomers or urge Amy and her husband to get out while they can, Amy writes evocatively about the charms and challenges of finding her footing in a city whose future is in question. Detroit Hustle is a memoir that is both a meditation on what it takes to make a house a home, and a love letter to a much-derided city.