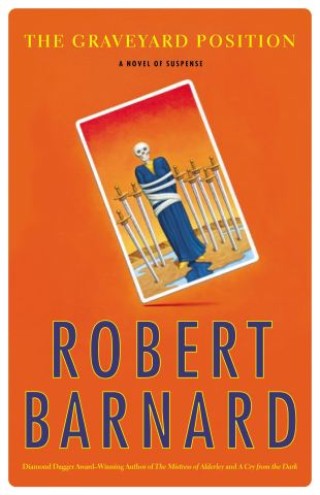 From master of mystery Robert Barnard comes a brilliantly witty and piercingly observant new suspense novel featuring one of the most dysfunctional families ever to grace crime fiction.
Meet the Cantelos of Leeds, England. To call the Cantelos dysfunctional is actually a wild understatement. But is one of them also a killer?
Clarissa Cantelo, a skilled clairvoyant, apparently thought so. Believing that her sixteen-year-old nephew, Merlyn Docherty, was in peril, she sent him into hiding in Italy, far away from the rest of her family. She told them he was dead. It was safer that way.
Now Clarissa herself has died, and Merlyn, a successful lawyer and civil servant who still lives abroad, has returned to Leeds to claim his inheritance. First, he must prove his identity. Is he really Merlyn or, as some of his long-lost relations say they suspect, is he an imposter?
Merlyn doesn't mind confirming his identity, but he'd at least like to move into the house that Aunt Clarissa left him in her will while he gets to know some of his relatives. And the house may hold some clues to the Cantelos' past.
What is the dreadful family secret that has upset relations between mothers and daughters, husbands and wives, filling even the youngest generation with fear? If Merlyn discovers the truth, buried under decades of deception, his life may once again be in danger.
Merlyn must start at the beginning if he is to find the answers. All roads seem to lead back to his grandfather, the formidable Merlyn Cantelo, renowned in the family as an object of both fear and loathing.
Though the old man who caused such pain to his family died years ago, his malevolence lives on. Somebody wants young Merlyn gone. With help from police detectives Mike Oddie and Charlie Peace, Merlyn must find that person before the Cantelo curse works its evil again.
Wickedly observant and full of his trademark sly twists, The Graveyard Position proves once more that Robert Barnard is in a class of his own.