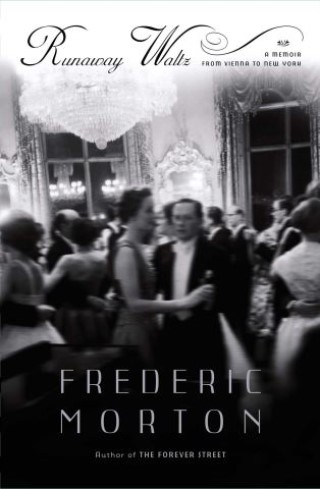 A Memoir from Vienna to New York

One of the most revered essayists and novelists of his generation, Frederic Morton has captured with matchless immediacy the glamour of Vienna before World War I and the storied opulence of the Rothschild family in his bestselling and award-winning works. Now, in his first book in more than fifteen years, he delivers a luminous look at his own unique pursuit of the American dream.
Like many Austrian boys in 1936, the author idolizes Fritz Austerlitz, the Austrian American who went to Hollywood and emerged as Fred Astaire. When his family is forced to flee Vienna, Fritz Mandelbaum becomes Fred Morton and immigrates to New York City. Though he does not learn English until he is sixteen years old, Morton nonetheless goes on to succeed as a writer. The author sets out ten scenes from his pilgrim life and his remarkable road to success: from watching a poorly dubbed Astaire in Vienna to delivering apricot tarts as a baker's assistant in New York; from Salt Lake City where as a young English instructor he met Vladimir Nabokov to a Christmas spent with the Rothschilds at Château Mouton.
Runaway Waltz is a soulful, beautifully written portrait of one man's extraordinary quest for fulfillment and enduring transformation.

Frederic Morton: Frederic Morton was born in Vienna and lives in New York. He is the author of twelve books, two of which, The Rothschilds and A Nervous Splendor, have been National Book Award finalists. The Rothschilds was made into a Tony Award-winning musical. Morton's work has been anthologized in The Best American Short Stories 1965 as well as in The Best American Essays 2003.