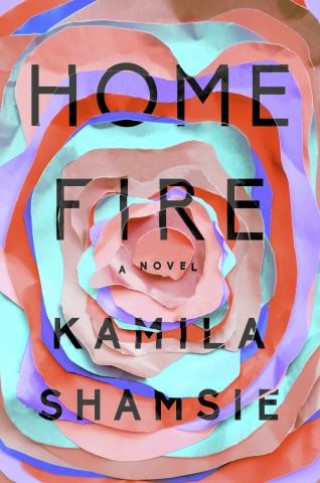 “Ingenious… Builds to one of the most memorable final scenes I’ve read in a novel this century.” —The New York Times

WINNER OF THE 2018 WOMEN'S PRIZE FOR FICTION

LONGLISTED FOR THE MAN BOOKER PRIZE

The suspenseful and heartbreaking story of an immigrant family driven to pit love against loyalty, with devastating consequences

Isma is free. After years of watching out for her younger siblings in the wake of their mother’s death, she’s accepted an invitation from a mentor in America that allows her to resume a dream long deferred. But she can’t stop worrying about Aneeka, her beautiful, headstrong sister back in London, or their brother, Parvaiz, who’s disappeared in pursuit of his own dream, to prove himself to the dark legacy of the jihadist father he never knew. When he resurfaces half a globe away, Isma’s worst fears are confirmed.

Then Eamonn enters the sisters’ lives. Son of a powerful political figure, he has his own birthright to live up to—or defy. Is he to be a chance at love? The means of Parvaiz’s salvation? Suddenly, two families’ fates are inextricably, devastatingly entwined, in this searing novel that asks: What sacrifices will we make in the name of love?

Kamila Shamsie: Kamila Shamsie is the author of several previous novels, including Broken Verses and Burnt Shadows. She has been a finalist for the Man Booker Prize, the Orange Prize (twice) and the DSC Prize for South Asian Literature, among other honors, and has been named one of Granta's Best of Young British Novelists and a Fellow of the Royal Society of Literature. She was raised in Karachi and lives in London.