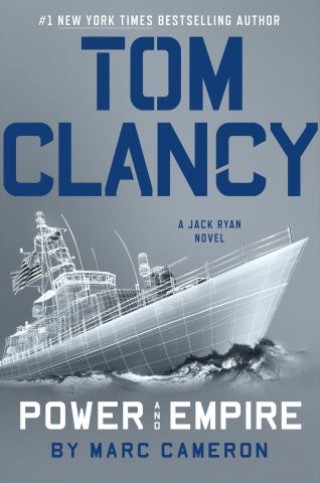 As mounting tensions between China and the United States push the world’s two great powers to the brink of war, it falls to President Jack Ryan to identify the lethal chess master behind the scenes in this thriller in Tom Clancy's #1 New York Times bestselling series.

Jack Ryan is dealing with an aggresive challenge from the Chinese government as the G20 Summit approaches. Pawns are being moved around a global chessboard: an attack on an oil platform in Africa, a terrorist strike on an American destroyer and a storm tossed American spy ship that may fall into Chinese hands. It seems that Premier Zhao is determined to limit Ryan's choices in the upcoming negotiations.

But there are hints that there's even more going on. A routine traffic stop in rural Texas leads to a shocking discovery—a link to a Chinese spy who may have intelligence that lays bare an unexpected revelation. John Clark and the members of the Campus are in close pursuit, but can they get the information in time?

Marc Cameron: A little more than thirty years ago, Tom Clancy was a Maryland insurance broker with a passion for naval history. Years before, he had been an English major at Baltimore's Loyola College and had always dreamed of writing a novel. His first effort, The Hunt For Red October, sold briskly as a result of rave reviews, then catapulted onto the New York Times bestseller list after President Reagan pronounced it "the perfect yarn." From that day forward, Clancy established himself as an undisputed master at blending exceptional realism and authenticity, intricate plotting, and razor-sharp suspense. He passed away in October 2013.